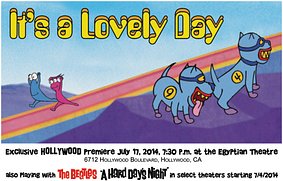 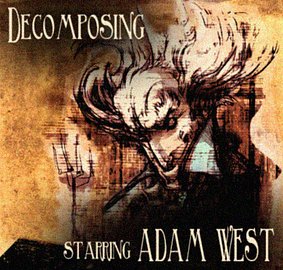 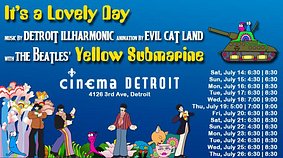 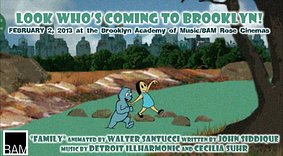 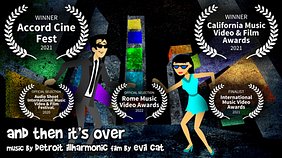 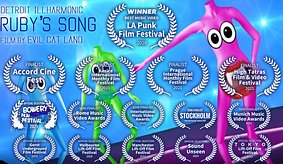 Though none of the shows was picked up by a network, the musicians were so enamored of the unique blend of hip hop, classical, world beat, electronica and jazz they were creating that they decided to stay together and continue making music.

Since then, they have recorded seven full length albums and provided scores for several film and television projects. The group's line up is constantly changing, but usually consists of cello, bass, violin, er hu, piano, trumpet, turntables, guitar, drums and percussion (along with assorted vocalists and intriguing political samples).

The large size of the ensemble makes touring a very difficult prospect. To remedy this, the Illharmonic creates movies for their music which they distribute worldwide to theaters, allowing the group to "perform" in front of international crowds on a regular basis.  Their films have screened on six continents at such notable venues as Brooklyn Academy of Music, The REDCAT Theatre, The Logan Center (University of Chicago), Royce Hall (UCLA), DeBartolo Center for Performing Arts (University of Notre Dame), Cinema Detroit and the Egyptian Theater in Hollywood.

In 2014, their film for "It's a Lovely Day" toured with the 50th anniversary re-release of The Beatles' A Hard Day's Night, screening in  20 cities across the US.  "Ruby's Song" (a video from the album Their Are Seven Levels) won best music video at the 2020 LA Punk Film Festival and "And Then It's Over" (also from Seven Levels) won best animated music video at the 2021 California Music Video Awards.  Several other recent videos have been playing around the world as well, screening in Tokyo, Melbourne, Rome, Munich, Prague, Cincinnati and many other dynamite cities.

The Detroit Illharmonic Symphony is based, oddly enough, in Los Angeles rather than the Motor City. However, group members are from all over the world, a situation that contributes heavily to their extremely unique sound. Currently, the Illharmonic is finishing up their eighth album and continuing to create new music for films and television.

THERE ARE SEVEN LEVELS

The Detroit Illharmonic Symphony is a band with a wide range of musical styles! Their songs go from instrumental to classic rock to hip hop to punk. The result is a very diverse album that showcases their talent. Many of the tracks are instrumental, such as the first track, “War High Ning Cube”, that consists of percussive industrial noises and piano. These parts seem like they shouldn’t fit together as well as they do in the song. Tracks 4, 6, 7, and 11 are also instrumental only. Track 7 then is the title track, “There Are Seven Levels,” and it clearly was influenced by Indian music and Eastern styles. Their vocal tracks also feature a huge range, from creepy atmospheric noises on “I Don’t Wanna Be Human” to classic rock on “Who Loves You”. Their album is a powerhouse, and it keeps you guessing.  WCBN FM (University of Michigan) July, 2021

"The Illharmonic boldly go where no one has gone before - from sweet poppy melodies to hardass breaks and politically charged commentary, its music Jim, but not as we know it - superb indie release..."  Rootdown FM (http://www.rootdownfm.com)

"3rd album from Detroit's Illest sons and daughters - everything from strings, horns, tabla, classical choral thrown at fly hip-hop beats and coming up shining - marvel at the unhinged genius at work here and worship at the Ill Temple - we bow down..." Rootdown FM

"Moody and magnificent 3 minute hip-hop symphonies... including horns, strings, turntablism and all kindsa good stuff-  somebody cut these guys a deal..." Rootdown FM

"Detroit Illharmonic Symphony is just that, a symphony, not only of sound but of influences and roots as well. The best description is a jazz-funk-hip hop fusion. This ten piece gives you enough feeling and soul to keep your head bobbing for a few weeks straight, with catchy beats and dance motivation. 'Lenox Avenue' is a very enjoyable album. It gives off a feel not unlike DJ Logic, DJ Spooky and Medeski, Martin and Wood, then throws in a little up tempo, upbeat hip hop to top off the mix. Worth checking out, this group has a lot of potential." Flash Magazine, June, 2002